It's about good Flavor, Food, Friends

With Cajun Blast, it's more than seasoning.

It's about bringing people together, and us Cajuns are known for our cooking and hosting.

What started as two brothers in the grocery business turned into a full-time blast of flavor.

Cajun Blast products can be found in almost every major grocery store in Louisiana, including Sportsmen’s Warehouse and Barbecues Galore stores (located mostly in the West and the Southeast), including Alaska!

A Locally, Cooked Up Idea

It all began when two brothers decided to spice things up (quite literally) after a new Wal-Mart began cutting into their two family businesses. To offset the drop in grocery sales, Brian Boulet (President of Quality Sales Inc.) and Willian “Rusty” Boulet (President of Super Foods Inc.) started processing products for Super Food customers, including roux.

At the time, he estimated about 15-20 barbecue sauces were being made in their area, which includes Acadia, Jeff Davis, St. Landry and Evangeline parishes. The family lost no time catching up to speed, and soon enough, they were manufacturing products under five labels.

Their business quickly outgrew the grocery store’s processing capabilities, so the Boulet’s moved manufacturing to a nearby empty building, previously operated as Southwestern Equipment Co. by their late father. Upon expanding, they noticed how the profit wasn’t in the roux, so they began transitioning to barbecue sauce.

Brian Boulet stated, “A lot of onions and bell pepper are used in the process of manufacturing local barbecue sauce, which requires a lot of vegetable oil to sauté the vegetables down. Spices and tomato products are added, and the sauce continues cooking. In the process, the sautéing oil rises to the top while the soybean oil soaks up flavor and also rises to the top. That’s the basting sauce.”

Rusty Boulet added, “Basting sauce is a byproduct of the cooking process we were selling, and every one of our customers had a barbecue sauce and a basting sauce.”

Brian Boulet explained, “In surrounding grocery stores, you find the two products next to each other, but there was never enough basting sauce on the shelves to sell outside the area. That’s where we got the idea for our sauce.” 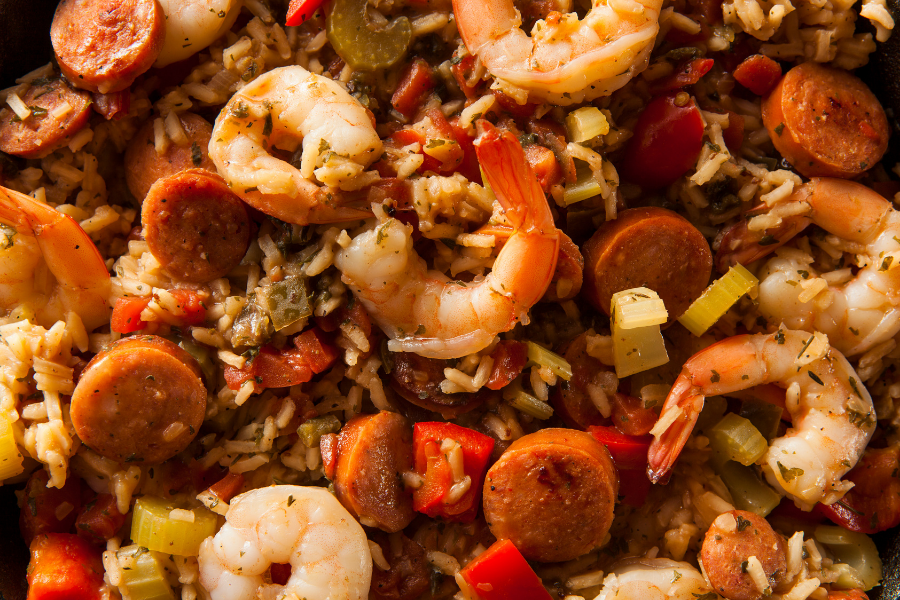 The brothers decided to market their own basting sauce but realized they needed more than a good tasting basting sauce to appeal to consumers outside the Crowley area.

“More people mop food as they grill, but that method of applying sauce to meats wastes the product” Rusty Boulet said. “We wanted to have an easier way to use the oil.”

They landed upon the idea of a spray bottle, which is a cleaner, quicker and easier method of applying the sauce. They also put their basting sauce in a plastic container to make it lighter and easier to handle, and they point out that using basting sauce helps keep food from sticking to the cooking surface.

The spray bottle ultimately inspired the name, Cajun Blast, which was a suggestion from a friend. When you spray it, you got to say it, “Have a Cajun Blast!” 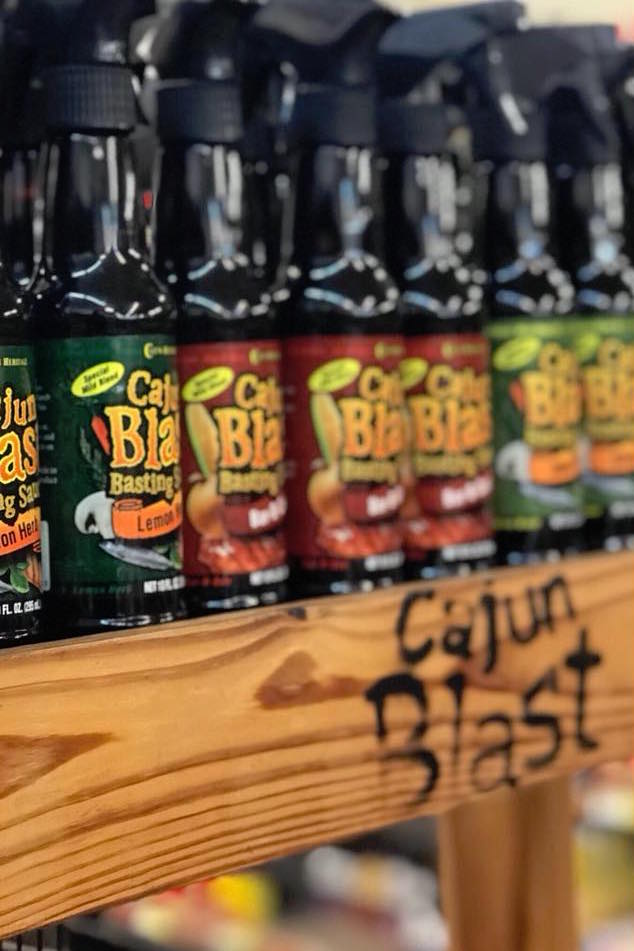 Brian Boulet develops the company’s products alongside his daughter, Lauren. Together, the pair are the only two who know the product formulas. “She knows all the secrets,” Rusty Boulet said of his niece. “I don’t even know what all he puts in it.”

Brian Boulet said, “The seasoned rub is the actual seasonings we use to make the barbecue sauce — the dry components of the barbecue sauce. Although it has very little salt, it includes a lot of sugar. The Creole seasoning is a blend of spices from the Acadiana area and has less sodium than the majority of those out there. Lastly, the steak seasoning is a blend of spices we use at home.”

To spread awareness of Cajun Blast products, Brian would set up his booth and outdoor barbecue pit at local food shows, tradeshows, golf tournaments, and markets. He could barely keep up with the demand as the aroma of his company’s unique barbeque basting sauce captured the attention (and taste buds) of customers. “All it takes is one taste,” Brian stated.

“Our top seller is the basting sauce because of the uniqueness of the product,” Rusty Boulet added. “The reason we decided to expand to a spice line is because we use all our products to cook at every one of the events we attend.”

Barbecue and basting sauces are cooked and manufactured at the company’s headquarters at 407 S. Ave. H in Crowley. Locally made, customers from anywhere can now enjoy authentic, Cajun seasoning.

Don’t forget - when you spray it, you got to say it, “Have a Cajun Blast!” 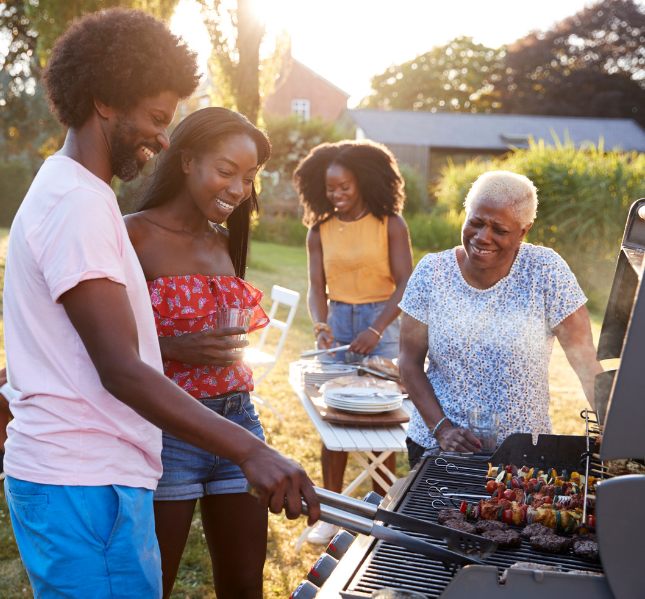 What are you waiting for?

Turn up the heat on your cooking by ordering your new, favorite seasoning!